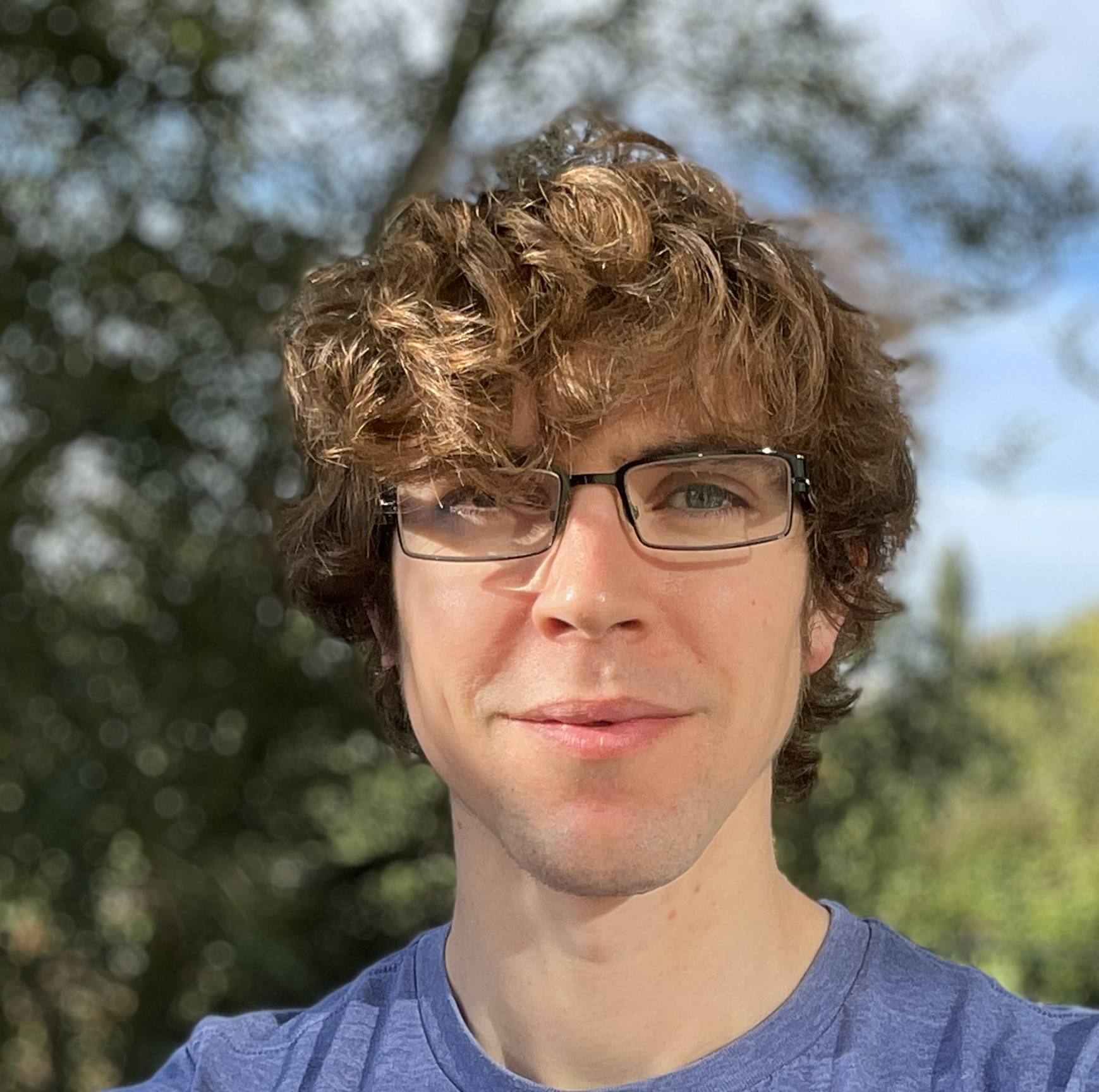 1. This review propelled us to eternal glory in Slovakia - reaching number one on the download charts for the camera category. Unfortunately, we faired less well in non-Slovak speaking countries.↩

About six foot tall, in the morning. Star sign: Cancer, so I’m sensitive to the feelings of others and have a vivid imagination, but I can also seem moody in stressful situations, especially around a Sagittarius. My shoe size is 11 UK (or 13 US), but my feet are quite wide, so I struggle to find shoes in standard retailers such as Clarks.

I was once described as “quite clever” by my tutor, and at the precocious age of just 20, almost beat my younger brother at a game of chess. He is however, by his own admission, not very good.

By the age of 14, I could read. In English, mainly, but also in a language I made up in my head. It had only one vowel, o, so difficult pronunciation was also a skill I got to grips with early.

Shortly after my voice had dropped, I was out on the farmland as a beater in the local shoot. I’m widely feared by pheasants and foxes near Shelfanger, a metropolis of commerce and culture in Norfolk (UK). From these experiences, I have developed the skill of using loud shouting into nearby woodland to resolve confrontation.

As soon as I could taste the difference between Adnams Southworld Bitter and Adnams Broadside, I embarked on my next major career move, spending three and a half weeks working on a worm farm (selecting the juiciest and finest worms to be used as bait). This allowed me to develop an appreciation for quality, technical agricultural practice, and the colour of a healthy worm.

My next opportunity for gainful employment arose in the West Indies at an insurance consultancy firm, where I developed the ability to pour a glass of rum under pressure. I followed this up with a trip to China, where I taught literally tens of children the British spellings of words in the English language. They called me “Shan Mu” (mountain berry). This name arose from an alcohol fuelled argument over the definition of a berry, in a bar in down town Shanghai. The observant linguist will notice the phonetic similarity to my forename, Samuel.

I followed this position with a job in a steel factory, thirty seven minutes and fifteen seconds (on a road bike, into a mild headwind, no precipitation, mild cloud cover) away from my home. Any prospective employer should therefore note that I am comfortable with the harsh realities of commuting. Here, I learned how to keep up the appearance of work in front of factory supervisors, whilst contributing the A.M (absolute minimum), towards efficiency and production. I also learned to develop my considerable linguistic skills, and can almost count to seventeen fluently in Polish.

Other Interests And Achievements

Most people struggle to name their proudest achievement. As this CV shows, if you are looking for a member of the “most” category, I’m not the candidate for you. Proudest achievement: My Yahtzee record against my Grandmother:

I’m also a keen sportsman. I played as the second ranked player in the “Attleborough Allstars” B team, in the Norfolk Table Tennis Association, Third Division. At my final school sportsday, I came second in the 800m. Honesty and integrity, are however, also qualities that come easily to me, and it is worth noting that several high performing athletes were ill at the time, having contracted food poisoning the night before at my birthday party. I cooked the chicken.

The following piece was inspired by real life experiences and was rejected from a regional poetry competition in 2016 1:

Computer you piece of @#$%&!
Now is not the time.
The deadline approaches.

Worked as a tyre consultant in a tyre garage in Diss for three months, before legal complications arose regarding age of employment.

1. Robert Pinksy has a CV three pages long. It does not contain a single poem. The former Poet Laureate of the United States does have a section entitled Poetry. However, rather than delighting the reader with his poems right then and there “mid-CV” and sacrificing valuable page space for his art, he simply lists them by name, together with the names of the numerous rewards that they have received. In contrast to the poetic success enjoyed by RP, my poem was rejected. The editor did helpfully offer to give me feedback on mywork - an offer which I declined physically. Poetry is not about compromise (NOTE: this statement is not an absolute - I removed a key line of the poem to ensure that it fitted into a tweet).↩